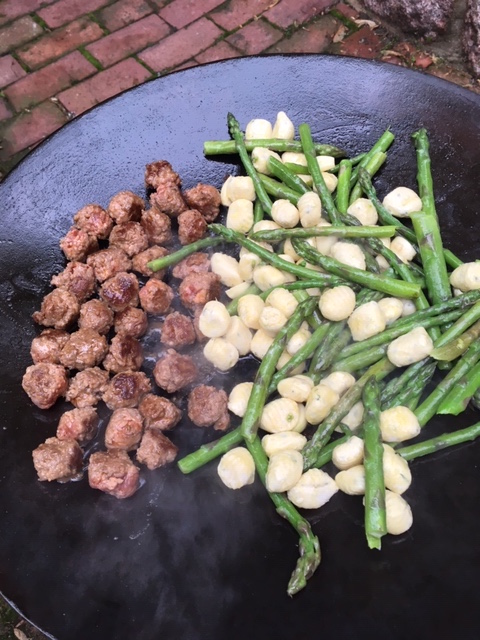 I like treating gnocchi like the sassy little dumplings that they are. I rarely boil them in water, and more often bake them or just toss them in with the other ingredients in the dish, allowing them to cook through, from frozen to a little fluffy, and hopefully even crispy and browned a bit.

I had originally thought of this gnocchi to be boiled and tossed with the asparagus pesto I was making, but we decided to cook on the disco, aka discada, an amazing cooking utensil made from a farming plow disc, that is traditional cookware in Chihuahua Mexico, where it originated. It’s basically a flatter, heavy steel version of a wok that you put over an outdoor fire (wood is traditional and though wood and charcoal are the best, gas works pretty well, too.) We’re still chatting with our friend in New Mexico–who introduced us to disco cooking and brought us one from Chihuaha–about importing them to sell here. Until we make that dream a reality, you can try this in a wok or a big cast-iron skillet.

Oil the disco, wok or skillet well and start the sausage first. Allow it to start to brown and then scootch it over and add the gnocchi. If the gnocchi is frozen, it will take a little longer to cook through, but either way, toss it a bit with olive oil and salt and pepper in the pan, and then allow it to cook without turning so it essentially bakes a bit of crust on. You can turn it and then add the asparagus, or go ahead and add them both together, depending on how al dente you prefer your asparagus. 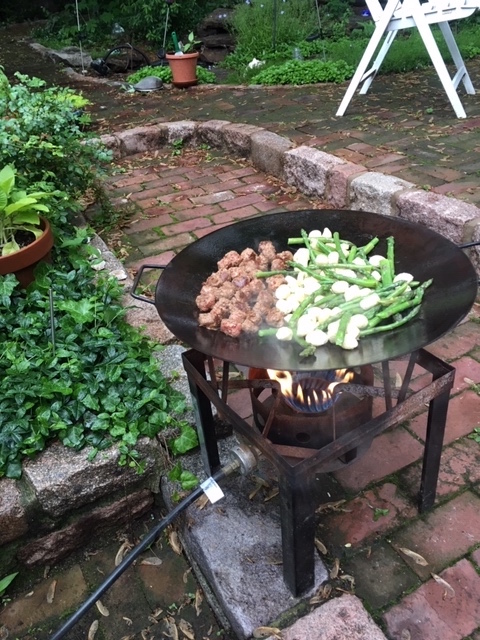 Rather than tossing the whole mess with pesto, we went all sophisticated and put a healthy smear–about a 1/3 of a cup or more–of pesto on the plate and then arranged the meat, pasta and asparagus over the plate. Naturally, I was too eager to eat to remember to take a photo, but here’s a pic of the leftovers, which we wrapped with pea shoots in lettuce cups with more of the pesto the next night. 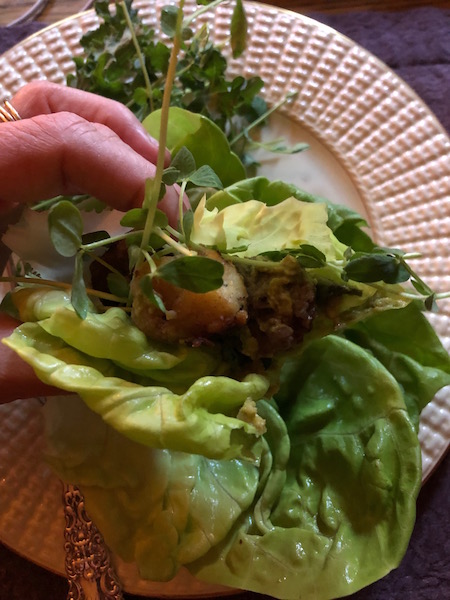 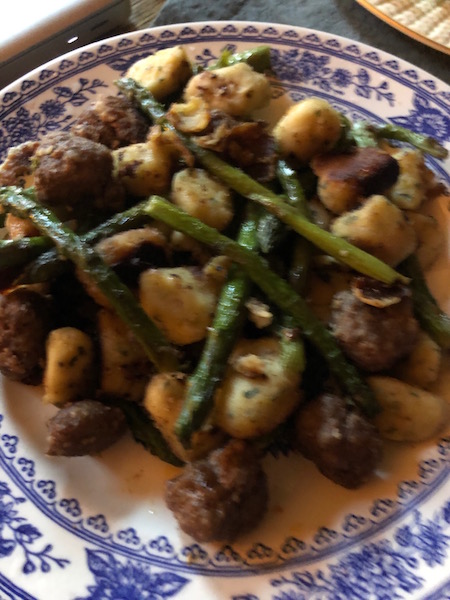 This is going to be delicious with broccoli and garlic scapes in a few weeks when they come in season, too!