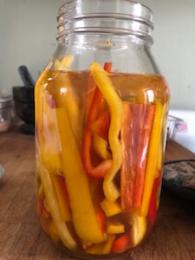 Well, pickle my sweet pepper! When it’s high pepper season, I start thinking of how many different ways I can get them in my belly. I’ve always enjoyed pickled peppers–both hot and sweet–but I never actually made them myself…until now. It’s so easy to do, I could even do it at work, and they were ready in an hour!

The ingredients listed below have been adjusted to correct the comedy of errors that was my first attempt, as well as the changes I will make on the next go around. I adapted the recipe from the one here on the website Simply Whisked, so if you want to go straight to a professional’s recipe, and skip my cartoon version, go for it (but it won’t be as entertaining).

Ingredients For One Quart of Pickled Peppers

1. Cut the peppers into strips and arrange in jar. 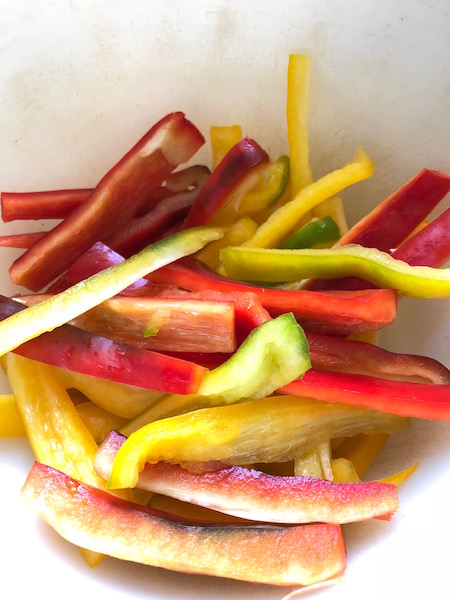 2. Place remaining ingredients in a pan and bring to a boil to dissolve the sugar and salt. 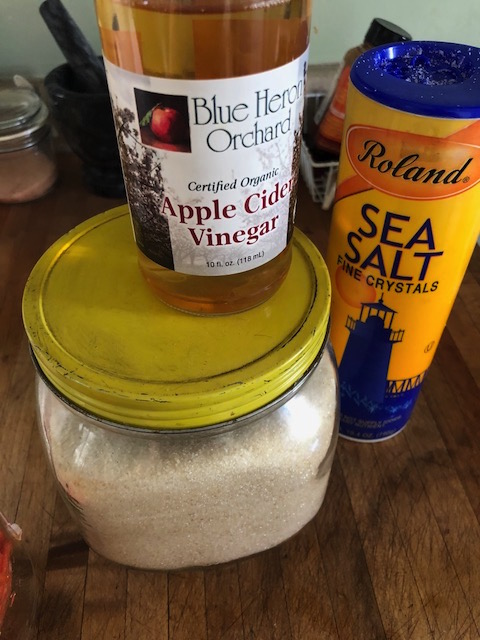 3. Pour over peppers in the jar. Add additional water to cover. 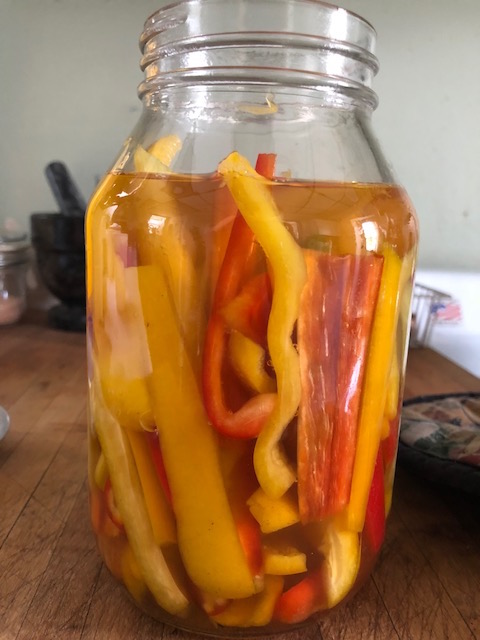 4. Refrigerate at least an hour before serving. 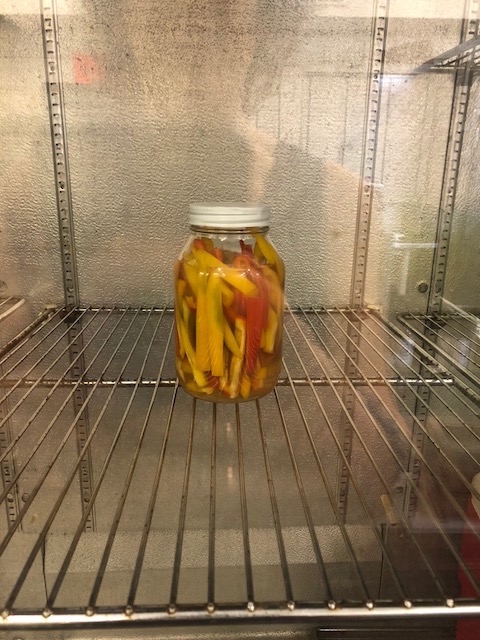 Here’s the way it actually went:

1. Cut peppers into strips and eat a bunch of them so there aren’t quite enough to fill the jar.
2. Guesstimate at the amount needed to increase the original recipe based on the amount of peppers you have. Boil 1/3 cup cider vinegar (because you don’t have rice vinegar), 1c. water, 2.5 T. sugar and 2t. salt until salt and sugar are dissolved.
3. Pour over peppers in jar. Discover you need twice that amount and start step 2 over.
4. Realize after adding all ingredients to the pan that you measured two tablespoons instead of two teaspoons of salt.
5. Grab another small pan and pour off the liquid to leave the salt in the bottom of the first pan. Guess that you probably got enough salt in solution and that the sugar should be sufficient because it was a much finer granule than the kosher salt.
6. Cross your fingers and refrigerate for an hour.
7. Sample, commend yourself on your excellent judgement and mentally adjust recipe for newsletter and future attempts.
8. Chalk another one up to the cookbook of irreproducible results.
9. Serve at pickup the following day.